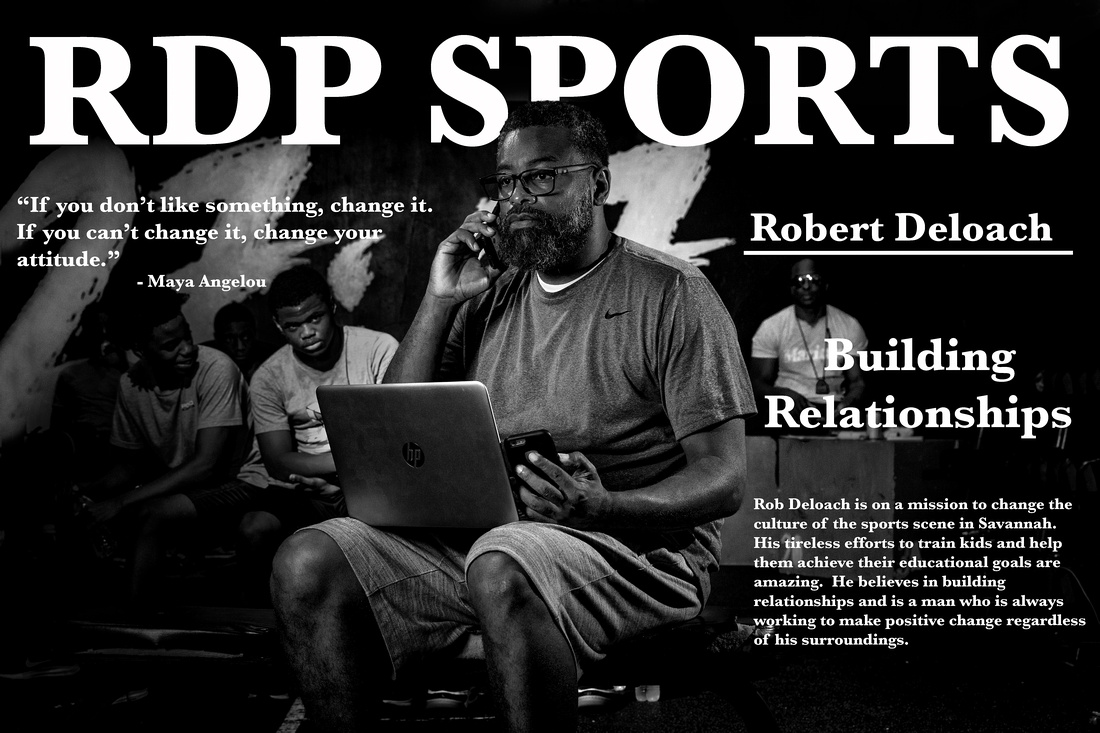 6 Things to Know About Robert Deloach

Robert Deloach is a well-respected man in the Savannah community.  Deloach is instrumental in helping young athletes achieve their goal of playing collegiate sports.  Deloach, who is a dedicated husband and father, somehow finds the time to help mentor those who need some advice or training.  This is a man who is always working no matter the place or time because for him it is all about helping the younger generation.  So, check out 6 things you should know about Robert Deloach.

RDP Sports:  What gives you that drive or passion for helping the younger generation?

Rob Deloach:Our kids in our community are very smart, talented, and intelligent, which gives me the energy, passion and love to open up doors that may not have been available in the past few decades.

RDP:  How do you plan to change the sports culture in Savannah?

Rob Deloach:First of all, I would like a have a multipurpose facility that would allow our kids to train in the off-season with certified staffers.  This training would prepare them for the next level both mentally and physically.

RDP:Until recently, why do you feel that Savannah gets overlooked by the Power 5 schools?

Rob Deloach: Basketball has always been king in Savannah. Football is growing and not many of the High-Schools Coaches have established relationship with some of the major Power 5 schools or G 5 schools for football around the country.

RDP: Why do you feel it’s important to build relationships?

Rob Deloach: This is probably the most important part of the game. While I was traveling around the country with my kids, I’ve established and met some wonderful people who help me with recruiting and training.  For example, I met Coach Kim Wilson and Coach Rapheal Martin at SSU on the track. When we would compete in Atlanta, I met Coach Crystal Braddock (former University of Texas woman sprinter), and that relationship lead to meeting Coach Derek Walker (former jumper at FSU). This team of former athletes helped us when it came to selecting a school for track and field.  It was the same with football and basketball for the boys.  The following list includes the  relationships that I have built throughout the years: 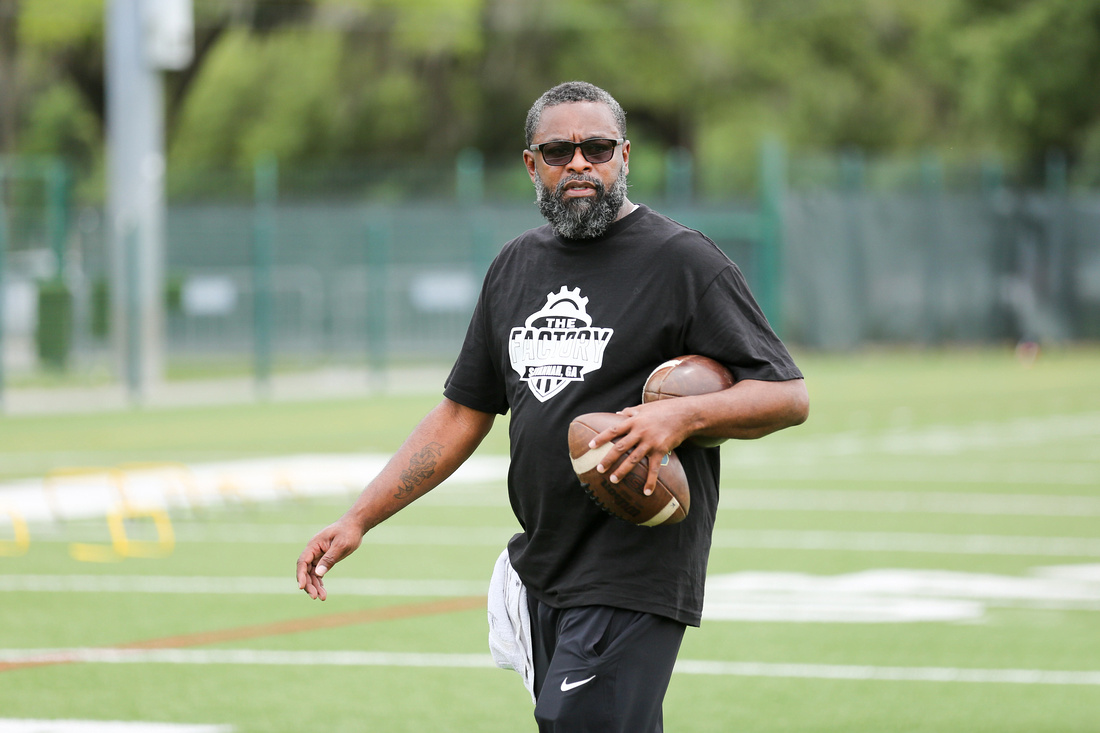 RDP: Do the kids look to you for advice?

Rob Deloach: Most kids who I’ve had the opportunity to coach or coach against often ask questions about recruiting and how they can join The Factory.

RDP: How do you encourage students/ players to excel in academics?

Rob Deloach: It’s pretty simple.  If you don’t have the grades, then you can’t play on any level. I give them examples of former players, including myself, who didn’t totally understand the importance of preparing for the classroom. Most kids focus on the field and the court more so than in the classroom. If kids are struggling in the classroom, I recommend tutoring to them along with their parents.

Basic Goth Makeup(non-registered)
I did not know such impressive things about Robert.
Pam Miles(non-registered)
I just wanted to thank coach deloach for the time that my grandboys shared with him over at the best football team at the Savannah Stars were work hard play hard has taught my grandson to do.and yo know that school 1st grades comes before sports.proud of u coach.
Michael Lyons(non-registered)
Thanks Coach for starting my daughter in track & field
Ebony Ross(non-registered)
You have and always will be a blessing to the Ross family we love you coach deloach especially to my boys
Christy Caughran(non-registered)
I appreciate all you do for the kids. Can you start a camp for officials? Let me know if you need a tutor.
No comments posted.
Loading...
Subscribe
RSS
Recent Posts
Humble Leadership From Start to Fitness Building Relationships HVJ vs SEHS 2 HVJ vs. SEHS 1 HVJ vs. NHHS Beach vs. Brunswick Path to Success Surviving Cancer Fighting Fear
Keywords
Archive
January February March April May June July August September October November December
© RDP Productions l 912.596.4468 l P.O. Box 9604 Savannah, GA 31412
User Agreement
Cancel
Continue