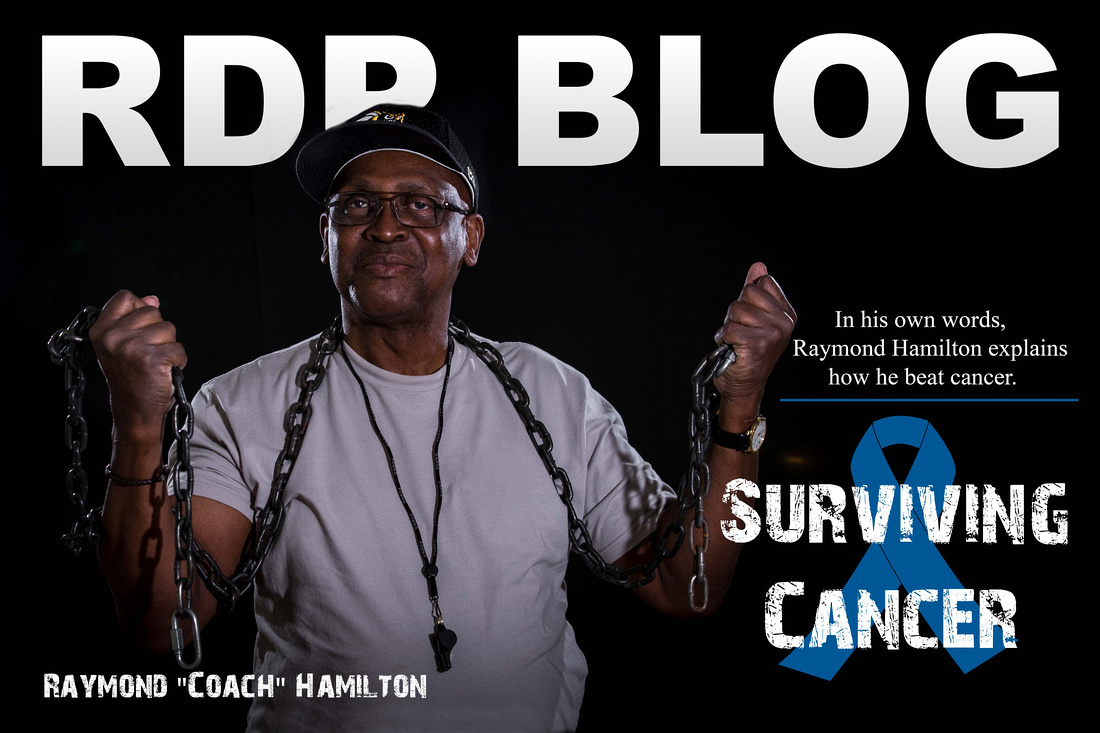 “Don't give up. Don't ever give up.”
Jim Valvano

Cancer was something that I would hear a lot of people talk about, and I would try to empathize with those people who had it.  However, the truth is it doesn’t matter how much you try to sympathize with them, you really don’t know what that person is going through because that’s one of those diseases that drains the life out of you.

My first encounter with cancer started when I went to have a health screening, and the nurse who was doing my screening was concerned after checking my blood. She directed me to go to another doctor so that she could run a series of tests.  The main thing she wanted to check for was my PSA level.  So, me being ignorant to the fact, I didn’t know what to expect.   After the doctor ran a series of tests, he told me he would contact me in about three weeks. During the time I was waiting, my heart was pumping very fast because I wanted to know what was going on with me.  For the first time in my life I was afraid! I would have to say those three weeks were probably the longest three weeks in my life, and I’ve dealt with a lot of things.  I’ve had so many ups and downs and close calls, but when you’re dealing with a silent killer like cancer it’s different because I didn’t see this coming.  I just thank God that I went to work that day.

After three weeks I received a call from my doctor that the results were back.  When the doctor entered the room he said, “Hello Mr. Hamilton, how are you doing?”  I replied, “I’m doing all right. I guess it depends on what you got to say.” 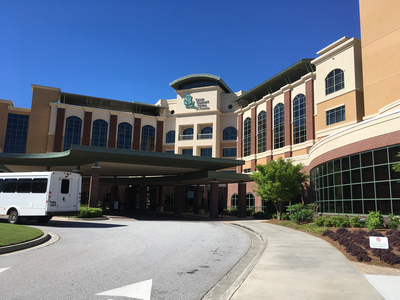 The doctor went ahead and started to explain my results to me, and from that moment my life changed. I clearly remember him saying that my PSA level was a 28 and that was the highest you can get. Still being ignorant to everything it didn’t hit me until he said, “Your whole prostate is infested with cancer, and your condition is the worst it could be.” Once I heard those words everything seemed like it stopped. I started thinking that it was a hard pill to swallow. I was sitting and  hurting with my heart on the floor.  The one question I kept saying in my head was “You mean to tell me I have prostate cancer?”

The doctor gave me a few options about getting the cancer out of my body.  He gave me the options of radiation, chemotherapy, or removal of my prostate.  However, he wanted me to take a few days to make my decision.

After I left his office, I sat in the parking lot for almost 40 minutes trying to digest all of this.  I kept saying to myself, “What’s going on!?  I got cancer!!  Man that’s a hard pill to swallow!!  People die from cancer!!”  So, my girlfriend at the time had cancer as well, and before she died she was going to the Atlanta Cancer Center.  She recommended I go up there for my treatment.

However, the cancer treatment center in Atlanta only takes a certain amount of people from Georgia.   So she called there and spoke with some people about my situation and gave them my number so that they could talk with me.

To my surprise, they called me the next day and said, “Mr. Hamilton, we have a spot for you if you want to come.”  All I could do is thank God at that moment, and then I told him,  “Yes, I will be there.”

Once I arrived at the Atlanta Cancer Center, the doctor wanted to do a series of tests.  The results came back the same as in Savannah.  He said that he didn’t know how I survived that long because people normally die from having that much cancer in their body.  So, he explained that I would need to immediately start the treatments. 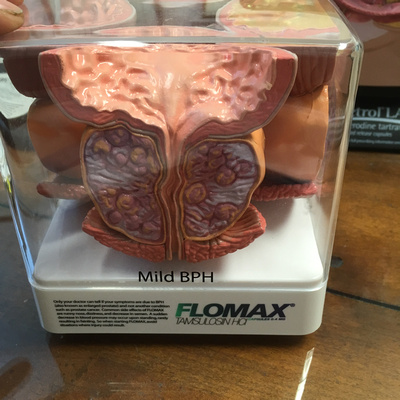 So once again, I had the option of doing chemo, radiation, or prostate removal.  I asked them what’s the best option for me, but they said they couldn’t make the choice for me.  The doctors did tell me that the radiation or chemo would make me weak.  On the other hand, if they remove it there wasn’t a guarantee that all the cancer will be gone.  Then one doctor said that the radiation would basically kill it or whatever is in that area if it hasn’t spread.

With radiation, I had to go through 30 treatments of radiation every day Monday through Friday and hopefully the radiation would kill it all before it tried to spread.  Once you do the radiation, the cancer may try to leave and go to another area of your body because the radiation is stirring it up.  So you really don’t know the outcome, but in the end I decided to do the radiation.

While I was sitting in the waiting room I would see all of these people who had cancer.  Most of their bodies looked drained from all the radiation and chemo.  So when I started my radiation, I would alway say that “nothing can keep me down.” I was determined that nothing was going to stop me, not even cancer!!

One of hardest part was accepting the fact that I had cancer, but letting my kids know was even harder.  My kids were just as worried as I was.  I also didn’t let a lot of my family members know because I was trying to keep things to myself.   Looking back at things, I would recommend people dealing with cancer to reach out to others because some people are not as strong as others.   You need to have people around you who will encourage you because it really helps.  I feel like when you are sick you can make yourself sicker.

I give my girlfriend credit for the way that she pushed me.  She pushed me and kept up my morale and spirits.  Even with her suffering from Stage 4 lung cancer, she would find the energy to encourage other patients in the center.   She wanted everybody to have a good spirit while going through the treatments.  She would walk in the room and always say, “You living.  If you still living you go ahead and fight.”   My girlfriend was a big inspiration to others including myself at the cancer center.

You need someone by your side to help you overcome your fears.  I’m a man but hell I had fears.  Actually, I was frightened and some nights I didn’t even sleep well because I was thinking about it.  Cancer took me through a period in my life that I had never been through.  Even when I had  pneumonia and I thought I was going to die, it didn’t frighten me the way that cancer did. 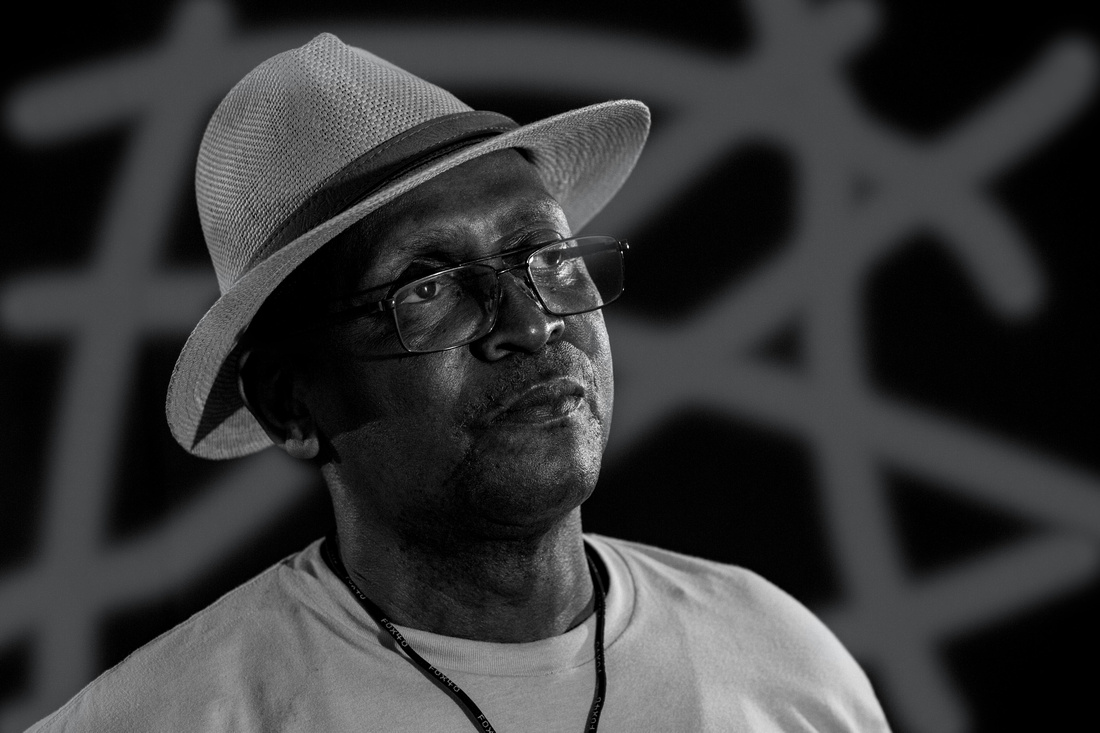 Now that I am a cancer survivor, I’ve learned to appreciate life even more. A lot of people in that cancer center didn’t survive including my girlfriend.  Now that she is gone, I made a vow to to encourage as many people as possible who is suffering from this deadly disease.  I just want to let them know that I will help them fight their battle and share my motto “nothing can keep me down.”

Jody Trumbull(non-registered)
Congratulations Raymond! You are an inspiration to all of us!! Wonderful testimony to the spirit and grace you possess; and it is an incredible way to honor a loved ones memory. Thank you for sharing RDP, beautiful words, beautiful portraiture.
Karen Harris(non-registered)
Wow! What a wonderful, inspirational article. You are a fighter and obviously so was your girlfriend. This world needs more people like you in it. God preserved you because he has great things in store for you. God Bless
Roz(non-registered)
Amen my brother the struggle is real. I am glad that you are sharing your experience with others. There's someone out there that needs a lift right now .
Your friend(non-registered)
You are a true inspiration. You always had a smile on your face despite everything you have been through in your life including the cancer. You always amaze me. I always wondered how in the heck does he keep going like this. I could never be as strong as you.
No comments posted.
Loading...
Subscribe
RSS
Recent Posts
Humble Leadership From Start to Fitness Building Relationships HVJ vs SEHS 2 HVJ vs. SEHS 1 HVJ vs. NHHS Beach vs. Brunswick Path to Success Surviving Cancer Fighting Fear
Keywords
Archive
January February March April May June July August September October November December
© RDP Productions l 912.596.4468 l P.O. Box 9604 Savannah, GA 31412
User Agreement
Cancel
Continue