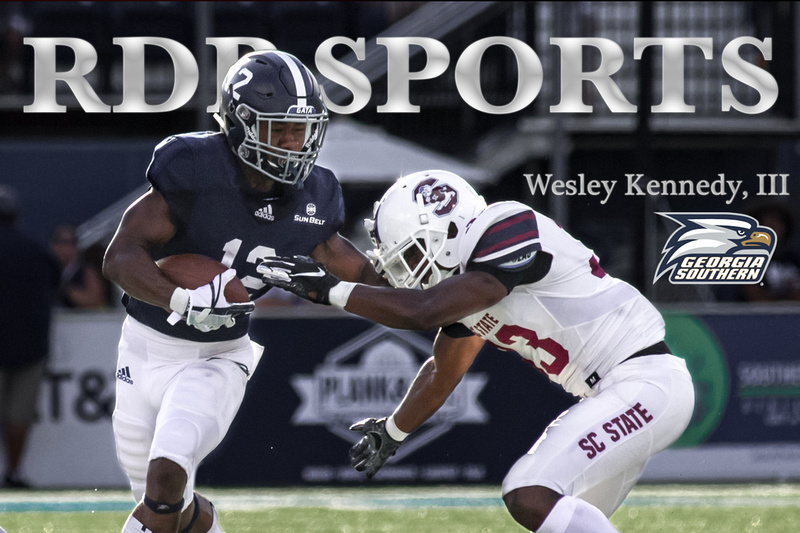 Wesley Kennedy III, who is Savannah native, was a standout player on the Benedictine football team.   Kennedy, who played mostly on special teams his freshman year, will be a key player this year. He is starting at slot back, punt returner, as well as kick-off returner. This young man has the talent to be an excellent college player, and this past weekend he did not disappoint.  He led the way on Saturday against South Carolina State University with 158 all-purpose yards, with most of his yards coming from punt returns.  Be sure to check out Wesley Kennedy, III next week as Georgia Southern plays UMass next Saturday at Paulson Stadium.