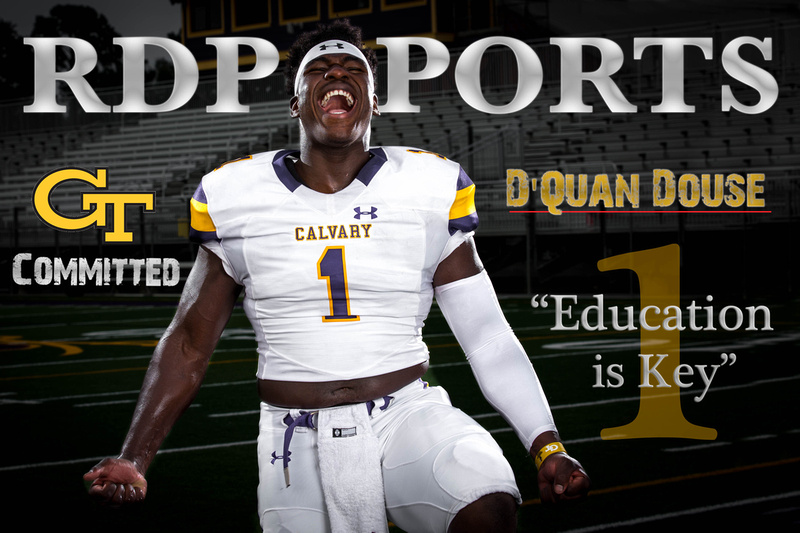 Thank you for taking the time to visit our latest blog posting!  We, at RDP Sports, have selected D’Quan Douse to be featured for this issue.  D’Quan, who is 6’3 and 245 lbs, is a rising senior at Calvary Day School in Savannah, Georgia.  After a solid junior year where he was the anchor on the defensive line, he is looking to carry that success into his senior year.  He has some big expectations for the team this year.  “We definitely want to have an undefeated season and go for a state ring,” said Douse. 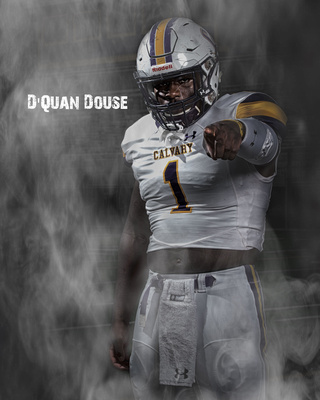 Douse, who is considered one of the top players in 912 area, is a true student athlete.  He has made the Principal’s List at Calvary for the last 3 semesters.  He currently has a 3.9 GPA while taking all AP and Honor-level classes, and he scored a 1190 on the SAT.  He has maintained a strong GPA while playing football and basketball and volunteering at his school.  He is a young man who really understands the importance of academics.  “Education is definitely a big key in my life; it’s a big part of my life and it’s a big part of who I am,” said D’Quan.

Douse, who always scores above average on the Stanford Achievement Test, has been recruited by some of the top universities, but it was the offers from four Ivy League schools that proved that all the hard work in the classroom had paid off.  Harvard wanted him and he received offers from Yale, Brown, and Cornell.  However, he decided to commit to Georgia Tech to future his education and football career.  When he was asked his reason for choosing Georgia Tech, he responded: “ With the balance between education and sports, you just can’t beat that down here in Southeast Georgia.  So when they finally gave me an offer, I accepted it the next morning.”

D’Quan comes from a very supportive family where education is a big deal.  “Academics is definitely big; it’s a big part of my life.  My mom has been preaching it since I was young, so it just stuck with me and it’s what I based my career on,” said D’Quan.

“My parents play a big time role in my life.  I’m thankful to be able to live with both of them.  My dad has been coaching me all of my life, and he’s there to help me and give me criticism when I need it.  My mom is just learning about football so knowing that she is going to help me and she is going to give her love and care really helps me along the way.” 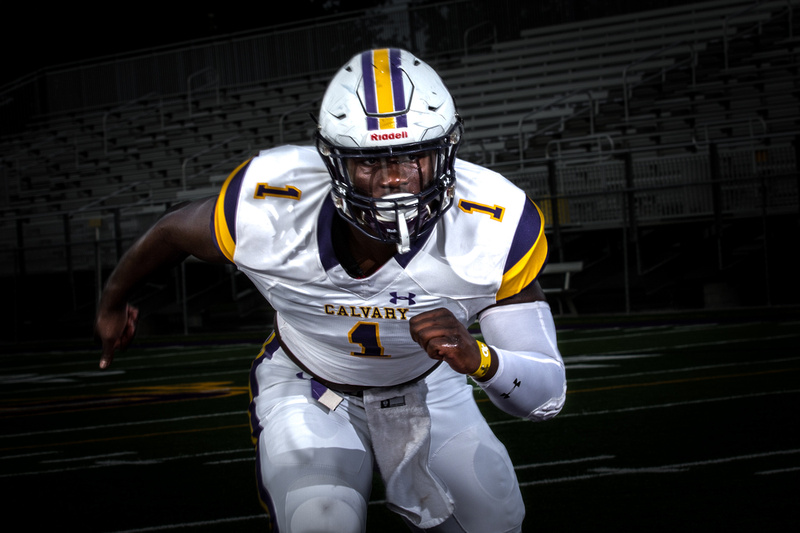 This is a young man who always relied on his education to get into college.  He looks at academics as the key to success, and he believes that academics will take you far in life.  So, I asked him, where do you see yourself in 5 to 6 years?  “If I don’t make it to the NFL, and it’s possible that I don’t, I’ll be going to medical school most likely.  If so, he would be following in the footsteps of his big brother Dontre’ Douse who is a 3rd year med Student at Mercer School of Medicine.

D’Quan is a good leader who also likes to play basketball and chess when he is not playing football.  As a leader on the Calvary football team, he takes pride in trying to help and encourage younger players, especially those not getting recruited heavily.  D’Quan would tell them, “My recruitment definitely picked up late so just stay humble, keep your head on straight, and stay focused and even if you do get an offer and someone starts to look at you, just keep grinding”   D’Quan also talked about what he was going to miss about high school: “I’m definitely going to miss the family atmosphere here at Calvary, the seniors I’m graduating with, my fellow teammates, coaches and everybody who helped me along the way.” 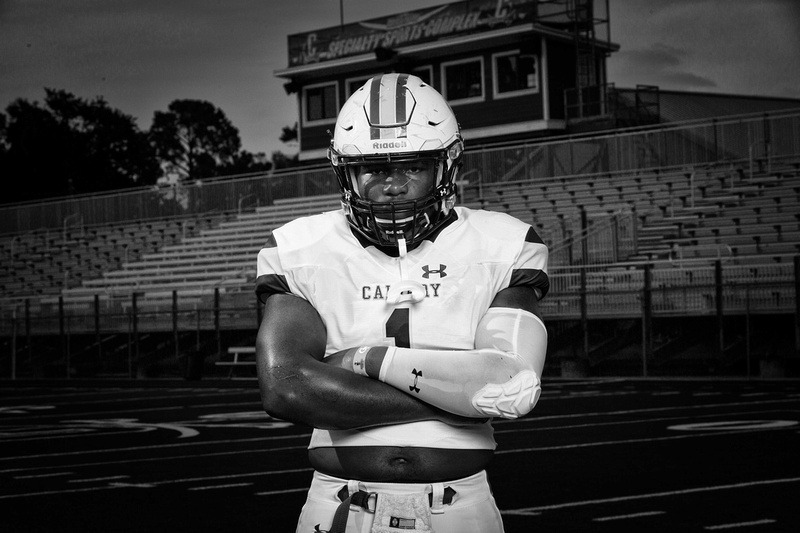 When it’s all said and done, what is it that motivates D’Quan?:  “It would be my mom who motivates me.  I want her to have the best.  I also want to make it for her and let her be proud of me,” said D’Quan.

"Education is the great equalizer."