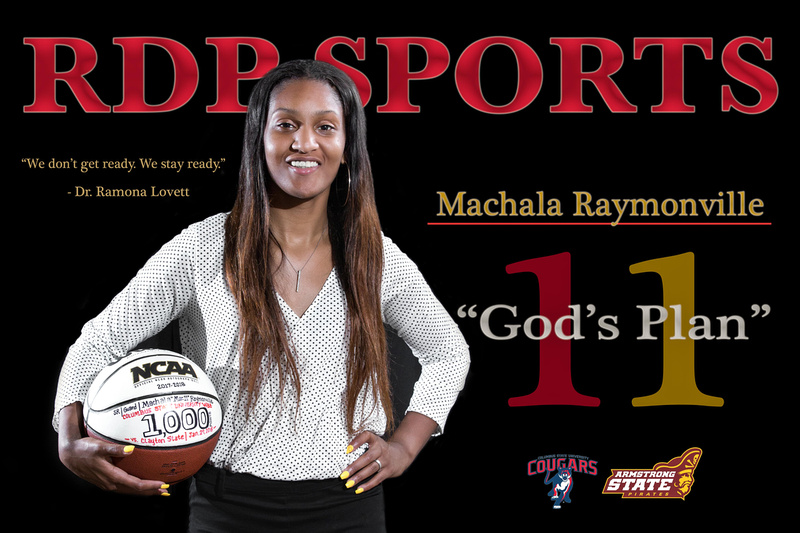 Thank you for taking the time to visit our latest blog posting.   RDP Sports is excited to highlight our first young lady, Machala Raymondville, to appear on our blog posting.  Machala is a Rincon native who attended Armstrong State University and Columbus State University on a basketball scholarship. During her career she averaged 13.1 PPG, passed the 1000-point mark, received Peach Belt Conference Player of the Week.  However, what is impressive is that she was a member of the Presidential Honor Roll multiple times for maintaining a GPA of 3.00 - 3.24.  Now that her college basketball career is over she is on a mission to pursue her dream as a pro basketball player and becoming a successful business woman.  RDP Sports had a chance to sit down with Machala for her interview. 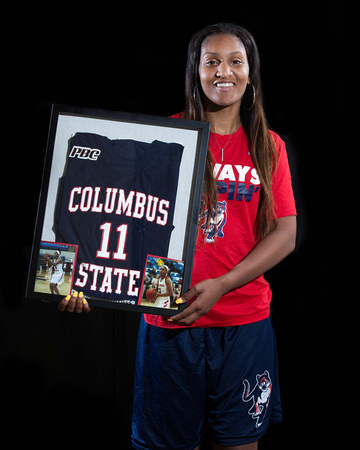 RDP Sports:  How did you feel about the merger of GSU and AASU?
Machala:  As a local of the 912 area, it was exciting to play at home and still be close to my family while still pursuing something that I really enjoy doing.  When the merger happened, it was exciting because it was an opportunity to leave home, but at the same time it felt like I had accomplished so much here, so I had to kind of leave all that behind me and start over new at somewhere else, so that was kind of overwhelming.  I do miss Armstrong.  I wish that the merger didn’t happen because you always think the grass is greener on the other side, but some people don’t realize how good they have it until its gone.

RDP Sports:  How did you end up signing with CSU?
Machala:  We played against Columbus State and this was about two or three weeks after we heard about the merger, and they were at the top of the league.  They had only lost one game throughout the whole season, and I wanted to be a winner and win a championship.  Even with the D1 offers that I had from FAMU and South Carolina State, I still had looks from Georgia State.  I wanted to go and play for Columbus State and also be under the tutelage of Coach Anita Howard, who is a local who went to Beach High School.

RDP Sports:  Who was your biggest motivator during that transition?

Machala:  I didn’t have a how and I had more of a what was my motivation.  My biggest motivation was to get my degree and show kids that yes, it’s fun to play at home and be around family, but it’s also okay to go away and obtain the same success or even better success. 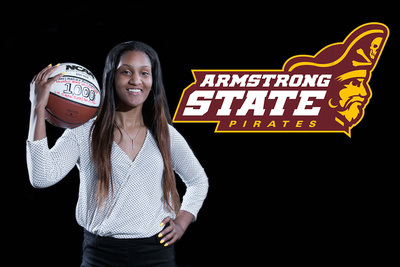 RDP Sports:  How has college help develop you into the person you are today?
Machala:  Before going to college, I was a hot head in high school.  On the court you couldn’t tell me nothing because I thought I was that baller, but going to college humbles you because for one, you are not the only person who can play at that level.  There’s people who are better than you, so it makes you increase your game as well as in the classroom.  It challenges you because high school is very easy compared to college. So, when I got in the classroom it’s more so I had to push myself, or I had to make the decision to go to class rather than my mom or dad making me go to class.  You have to be motivated to keep your GPA up.  Teachers are not going to baby you.

RDP Sports:  What advice would you give young ladies about becoming a successful athlete and in general, a successful woman?
Machala:  To be a successful athlete, I encourage all young women to keep striving because the sports world doesn’t give women enough credit for what we do.  Oh, you’re a girl, you can’t play at the same caliber as a guy, which in some aspects we can’t but we are able to play the same sport with minor details or changes in the game.  So, I encourage them to keep working hard and don’t ever let anybody tell you that you can’t do it or that you’re not good enough.  If you put in the work, in your heart you know you’re good enough so it’s going to show on the court.  Also, to be successful young women, success comes only through adversity; it will make you grow.  There is no way you’re going to be stuck in the same place. 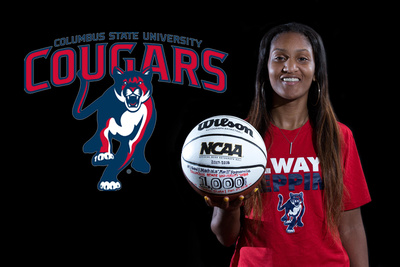 RDP Sports:  What major adversity did you face in college and how did you handle it?
Machala:  My major adversity included two things.  The first was learning how to adapt on the court.  From high school level to college level the game changes.  The speed is a lot different; you’re playing at a high speed in college; whereas, in high school you can walk the ball up, but in college it is different.  You have to be able to keep up.  The other adversity I faced was moving away from home.  I was used to being able to go to my mama’s house when I wanted to cry or was upset, but when you’re four hours away, you can’t drive home and say, “Ma I’m upset.”  You kind of figure out how to get through those issues by yourself.

RDP Sports:  What is your major and where do you see yourself in five years?
Machala:  My major is sociology.  What I plan to do is finish up school and become a college coach.  Eventually, I want to start my own non-profit organization for children with “invisible disabilities,” like ADD, ADHD, and Bipolar disorder.  It would be something like a Boys and Girls club but would give kids the sports outlook on things.  So, instead of them using stress balls to help them, they would focus on lessons. It would be an afternoon program, so kids could come and get basketball lessons or if they play soccer or baseball, we could give them lessons.  Also, I would have a college or high school player or someone successful or who has been successful at that sport come in each month and give them a lesson that week.

RDP Sports:  What are your short term plans to help the younger generation?
Machala:  I’m supposed to return to Columbus State in the fall.  Although I won’t be able to play, I will be helping on the coaching staff - kind of giving back my time to my old teammates and helping them grow as players.  Also, I plan to help anywhere around the community where I’m needed.  I enjoy watching young women grow because we don’t see that a lot in this area.

RDP Sports:  What would you tell young ladies not getting recruited?
Machala:  Well, coming out of high school, I wasn’t recruited heavily my senior year because of the adversity I faced at my previous school.  I had one offer and that was Armstrong State University.  My coach, Mrs. Bullock, had a lot of faith in me.  She took me on as a hot-tempered kid, not knowing if she would get 7-point player or a 16-point player.  So, just keep working; it doesn’t matter who recruits you.  What matters is what you do in the end.  It’s not how you start; it’s how you finish. 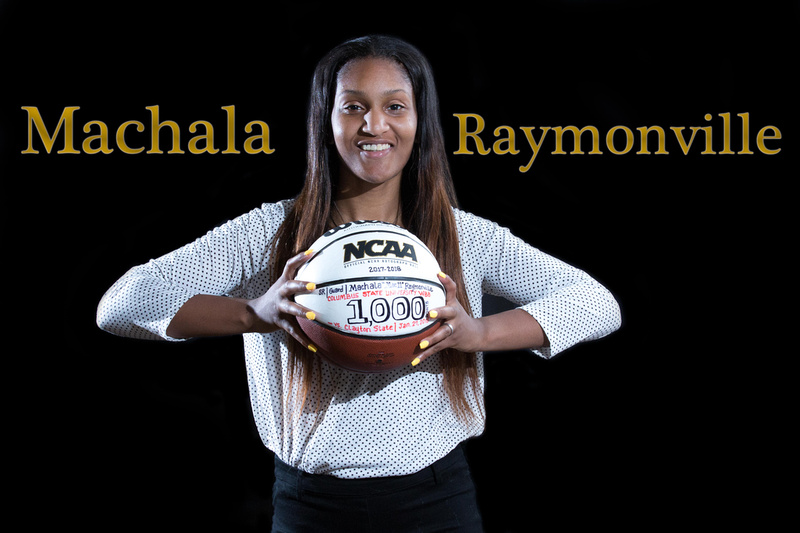 RDP Sports:  Do you have a motto?
Machala:  My motto before every game or before I do anything, I quote Jeremiah 29:11.  That’s part of the reason I wear number 11, and I have worn number 11 since I was in middle school.  Jeremiah 29:11: “For I know the plans I have for you . . .”  God knows the plans He has for you, whether you win the game or not.  You can pray, “God please let me win this game,” but He already knows what he has in store for you.  That’s my motto!

Melissa Moore(non-registered)
Awesome....keep up the good work as God continue to bless you.
Andrea Thomas Davis(non-registered)
I am so proud of u. U r AWESOME!!!!
Linda Roberts Johnson(non-registered)
I am very proud of this young Lady, not only she’s athletic, but she is smart, and it comes with beauty and she is very respectful . And Gods got his hands on her . She also loves her church family she gives her service when she’s there. Congratulations
Germaine Fields(non-registered)
Congrats and good luck in your future endeavours.
Chaunta Martin(non-registered)
Beautiful and Bless young lady
No comments posted.
Loading...
Subscribe
RSS
Recent Posts
Humble Leadership From Start to Fitness Building Relationships HVJ vs SEHS 2 HVJ vs. SEHS 1 HVJ vs. NHHS Beach vs. Brunswick Path to Success Surviving Cancer Fighting Fear
Keywords
Archive
January February March April May June July August September October November December
© RDP Productions l 912.596.4468 l P.O. Box 9604 Savannah, GA 31412
User Agreement
Cancel
Continue