Born to be a Leader 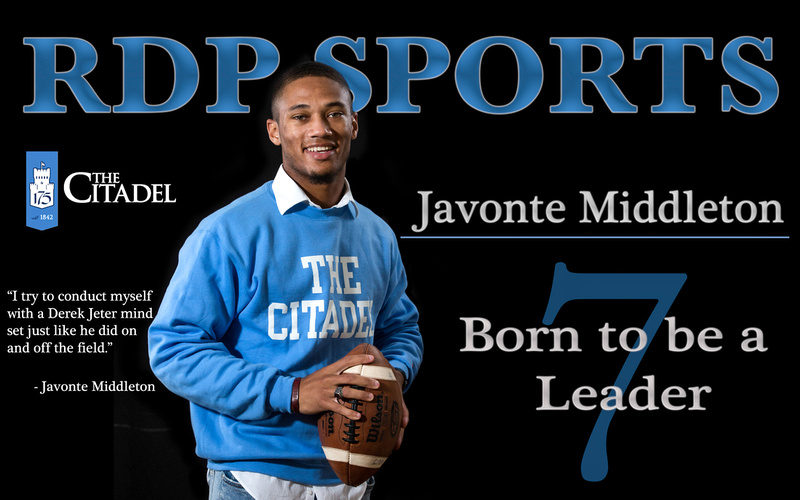 Thank you for taking the time to visit  RDP Sports blog posting!  We, at RDP Sports, have selected Javonte Middleton to be highlighted for this issue.  Javonte is a four-year starting quarterback at Jenkins High School.  He helped lead Jenkins to an undefeated regular season for the first time in school history.  His hard work on the field and in the classroom helped Javonte earn a scholarship to play football at The Citadel this upcoming season.  Also, Javonte is a recipient of numerous awards such as the Ashley Dearing Award and the Savannah Morning News 2017 Football Player of the Year.  Check out our interview with Javonte and get to know more about this driven young man!  (photos by Kyunnie Shuman and James Graham) 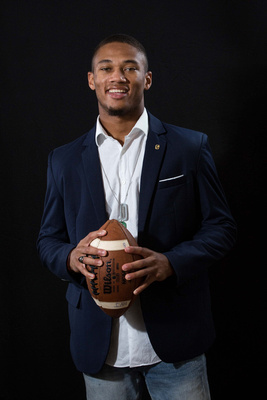 RDP: What are some things you are doing to help the younger generation advance?

Javonte:  When I was too old to play little league, I started coaching.  As soon as I turned 13, I helped coach for the Westside Whippers and Boys Club for baseball and football.  I kind of tried to stay involved as time allowed because my schedule was kind of busy, but I always went out there to not just help to them with what they were doing athletically.  I also tried to talk to them about what was going on in their lives: how to treat their mothers, siblings, and how to choose the company that they keep.

RDP:  Who are some people that inspires you to do great things?

Javonte:  One of my main influences is my mother of course.  She’s bent over backwards for me countless times, and I greatly appreciate everything she is doing for me and what she has done for me up to this point.  I know that she is always going to support me in my journey in life in sports and everything that I do.  Another influence is Derek Jeter.  I try to conduct myself with a "Jeter mindset" just like he did on and off the field.  The city and the state of New York embraced him as well as the rest of the United States, so I want people to look at me as they looked at Derek Jeter.

RDP: How do you deal with adversity?

Javonte:  When I’m down, I look to the ones around me because I know when others I keep around me are down, I'm the one to help them up.  So I pride myself on if you weren’t with me through my struggles, please don’t come present in my success.  So, I kind of think of that as every time that I go to someone else. I put my pride to the side to ask someone for their help to get me through something. 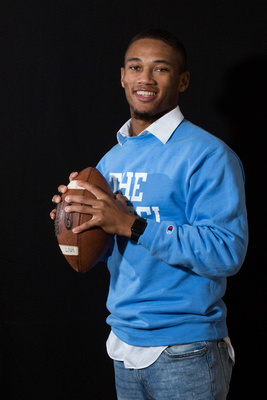 RDP: Where do you see yourself in in five years?

Javonte:  In 5-6 years, I see myself graduating from the Citadel.  I want to go in and major in political science, so I’ll probably be starting my ground work in public policy and urban development in that 5-6 year range.  I could also go in and want to enter the military being that there is a military background, so there’s a possibility that I may be serving  our wonderful country as a second lieutenant.  Also, I can see myself being a coach somewhere.

RDP: When faced with obstacles, how do you stay focused?

RDP:  How would you define a good vs. a great leader?

Javonte: Every leader is going to be a good leader.  Leaders are usually elected by teams or appointed by the coaches.  If your team is going to elect you or if your coach is going to appoint you, you have to show some good leadership qualities. Great leaders go the extra mile.  I like to look at myself as a great leader because I feel like I was placed on this earth to lead.  So that goes with being first in the locker room and last to leave the locker room, encouraging everyone in every situation no matter bad things appear to be going - just going that extra mile and being that guy that when things are going rough people can look at you to make them go smooth again 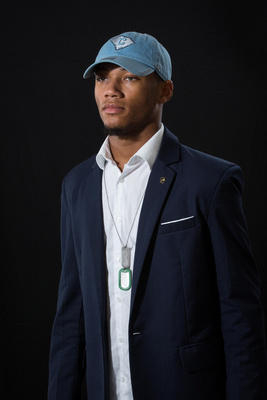 RDP:  What are you going to miss most about high school?

Javonte:  I’m going to miss the family feeling you get in high school.  You know everybody after your first semester.  Everyone is friends with everyone.  Going off to college into another city you won’t have that same family feeling.  Coming to high school, I didn’t know what to expect.  I saw that everyone was for you and mostly wasn’t going to be against anything that you did because they supported the school, so if you were part of the school they supported you, but you just don’t know what to expect when you go off into the real world.

RDP:  When you think of college, what comes to mind?

Karen Cooper(non-registered)
Great article. Continue to be an awesome leader. This is exactly what our young black men need today. Someone to embrace them with strength and wisdom. Continue to strive for excellence because there is much more required of you! God bless
RUSSELL PATTERSON /CP(non-registered)
HE should / with the blood line he got he should be smart and a great player / I was one of the early whippers'
No comments posted.
Loading...
Subscribe
RSS
Recent Posts
Humble Leadership From Start to Fitness Building Relationships HVJ vs SEHS 2 HVJ vs. SEHS 1 HVJ vs. NHHS Beach vs. Brunswick Path to Success Surviving Cancer Fighting Fear
Keywords
Archive
January February March April May June July August September October November December
© RDP Productions l 912.596.4468 l P.O. Box 9604 Savannah, GA 31412
User Agreement
Cancel
Continue