As they say in football, speed kills and that’s the perfect description for Memorial Day School speedster Winston Wright, Jr.  Wright who is call “Jet” by his peers runs a low 4.4 in the forty yard dash.

He has helped Memorial Day School’s football team win two GISA 2AA state championships and is looking to finish his high school career with another championship.  Earlier this year, Wright committed to West Virginia University to further his education and football career.  Wright, who had many Division One offers, decided that West Virginia was the best fit for him.  “I chose West Virginia because I really liked the coaching staff, the fans, and the love for and embrace of the football team.  Also, it was a place where I could come in as a freshman and contribute.”  Wright also believes this is an opportunity to open the doors for other players in Savannah.  He always encourages the coaches at West Virginia to take a look at other players in the area. 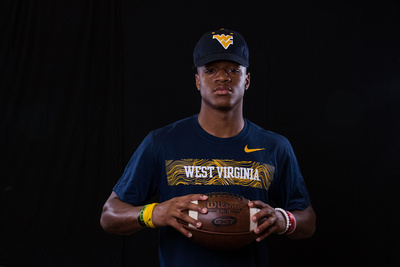 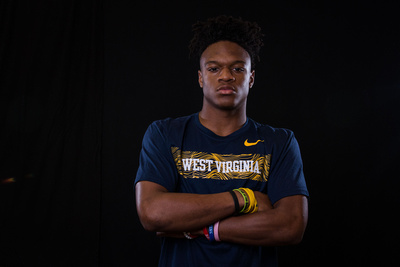 What I found so impressive about Wright is that he acknowledged the importance of God and knows that he must continue to keep Him first in his life.  Wright also realized that he would not have been in this position today without the support of his parents. “My parents are always supportive in everything that I do, and they always give me great advice for life situations.”  His parents pushed education first and sports second.  His parents wanted him to have the grades and test scores before he attended several football camps.  So unlike most players, Wright did not wait to take his SAT and ACT his junior year, he started taking it during his freshman year and became academically eligible early.  Wright currently holds a 3.7 GPA and scored a 22 on the ACT.

In addition, to his parents Wright recognized the the impact that his head coach Michael Thompson plays in his life.  “He is the best coach I’ve ever had on and off the field, I wouldn’t be the person I am today without Coach Thompson.  He taught me how to handle the recruiting process, how to stay humble, and how to handle life situations.”

So, as being a senior and a leader on the team, Wright uses his experiences to give advice to the younger players.  “My advice to younger players is to continue to work hard and keep God first.  The coaches will find you.  Also, I encourage the to take the SAT and ACT early as possible.” 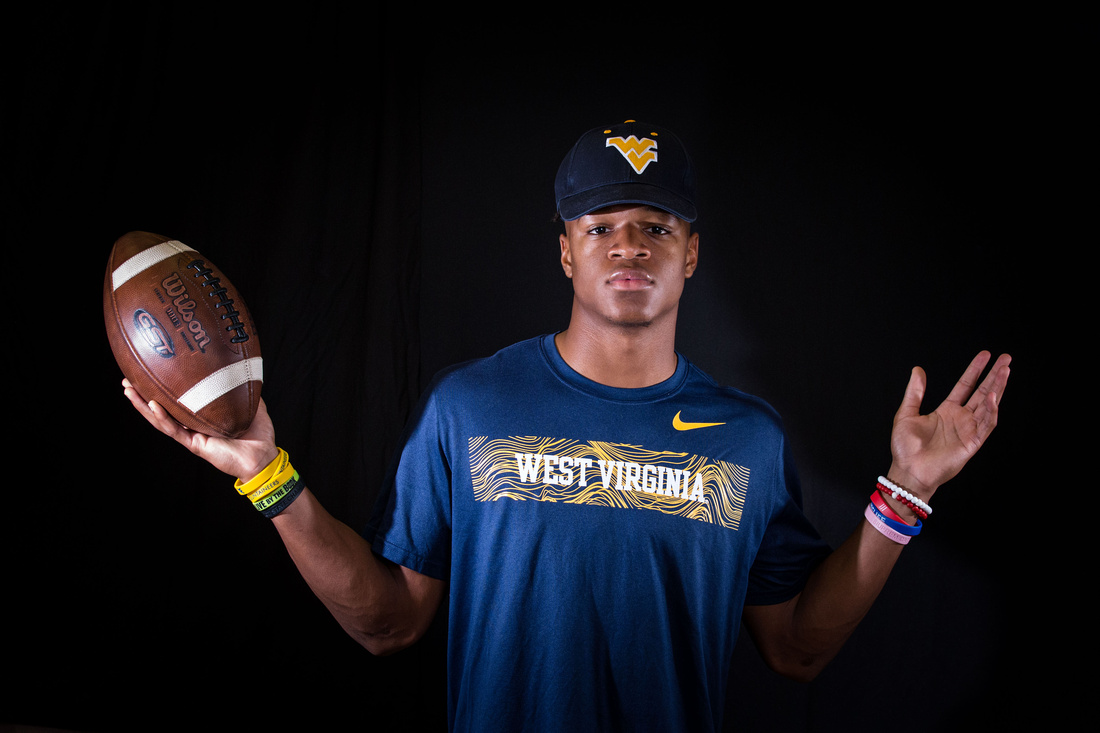 The sky is the limit for this young man named Jet. He is looking forward to pursue his dream at West Virginia as a student athlete. Once he graduates from West Virginia, Wright’s goal is to continue his football career in the NFL or start his own business training athletes.  I don’t think we have heard the last of Winston “Jet” Wright, Jr.  The best is yet to come!