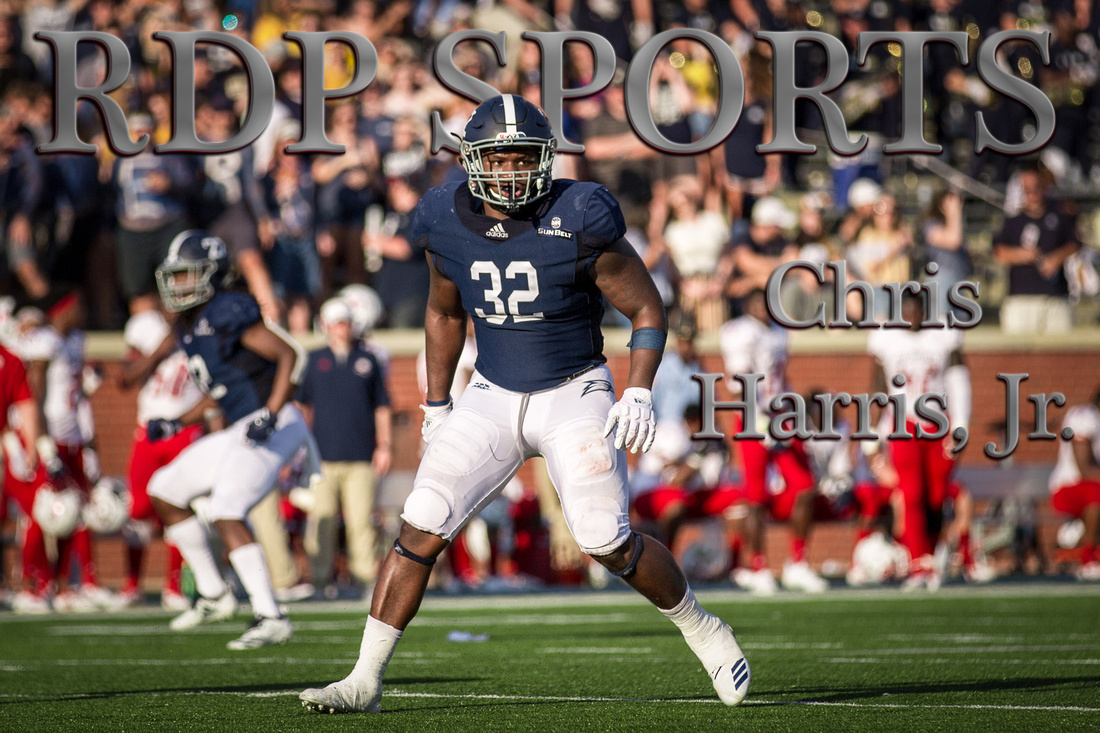 Chris Harris, Jr., who is a Savannah native, was a standout linebacker on the Benedictine football team.   Harris, who played mostly on special teams his freshman year, started the season out as a backup linebacker. His playing time was still limited to special teams, but he keep grinding and patiently waited for his turn.  Chris, who showed some flashes in the Clemson game, got his chance to start at linebacker on last Saturday against South Alabama.  As they say in sports, “Next man up!,” and Chris took full advantage of his opportunity.  He was tied for leading tackles with a total of 7 (1 solo and 6 assists).  We are looking forward to see this young man perform next week.  The Eagles are now preparing for a Thursday night game with Texas State.  #GATA